After a pretty good season racing as an amateur, it was time to test my abilities in the Pro field. I didn't have any great expectations with such a large field (approx. 65 men in the Pro division), I just wanted to have a good race and gain some experience. 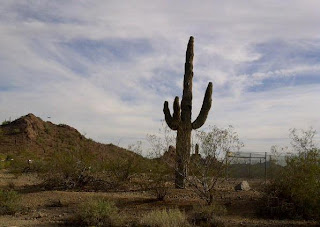 I started training for this race in September. I had a solid base from all the racing over the spring and summer, including five Half Irons and a few short course races. With the help from my coach, Bjoern Ossenbrink, I was fitter than ever leading up to the race. I felt confident in my abilities but also realistic about the difficulties of the Ironman distance. There are never any guarantees at a race of this magnitude, and even the best athletes can falter. The most important thing is to pace yourself properly and have a sound nutritional strategy and stick to it. Considering how my training was going, I figured that if I had a good race and paced myself well I could get under 9h 10min and if things went exceptionally well, there was a possibility of going under 9 hours.

I learned how to swim when I was 27 (I actually taught myself for the first couple of years) so swimming is not my strength but I've made some good progress over the last couple of years. I knocked around three minutes off my 1900m time this summer compared to last season and since I swam 59mins at Ironman Canada last year, I was hoping to get under 56mins in Arizona. Bjoern had me on a good swim program leading up to the race but due to a minor cold (and cold water in the outdoor pool that I train in) I had missed a few swim workouts leading up to the race. I struggled on the swim and after the first 10mins, I got dropped by the main pack of swimmers. I tried to focus on technique and think about what my swim coaches are always telling me but I had trouble stretching my stroke out. My shoulder had been sore for the couple of weeks leading up to the race and it started to hurt halfway through the swim, and my lower back started aching also (probably because my technique was falling apart). Although I exited the water in 1h 1min, six minutes behind my goal time, I wasn't too far behind so I told myself to remain positive and switched my focus to the bike. 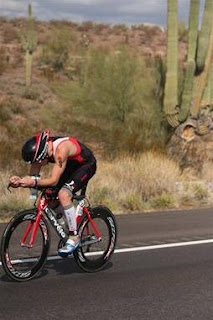 The bike course in Arizona is mostly flat with a gradual rise to the halfway point on each of the three laps. The first two laps had a headwind going up to the turn around point which made it a little slower but the way back was really fast. It took a little while to warm up my legs after the swim (15c degree water temp - 60f) but I held my pace and felt much better on the second lap. Although I stuck to my nutrition strategy and took approx. 1000mg of sodium and electrolytes per hour, my body wasn't retaining water and I had to pee four times on the bike. I didn't want to have to slow down too much so I waited for a tail wind or slight downhill so that I could hold some speed. This became a little uncomfortable since I had to hold it in for almost 30mins at one point. For the three days leading up to the race I was also having some trouble retaining water. I was hoping that during the race the salt tabs would fix this but they didn't seem to have the effect that they usually do. The wind changed directions on the last lap which was nice on the uphill, but it actually got a lot stronger and was tough on the way back. The lower back pain that I was having during the swim started to creep up on me again, especially in the last loop, but I managed to hold a fairly steady pace throughout the bike leg and finished with a bike split of 4h 57min. This course had the potential to go much faster but realistically, I was happy enough to get under 5 hours and if I had a good run, there was still a chance that I could go under 9h 10min for the race. 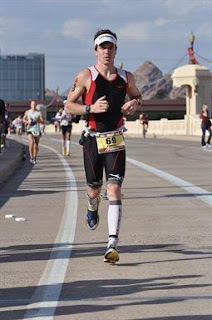 It felt good to be off the bike and after a relatively quick transition, I was on the run course and holding my goal pace and effort. During training I was able to run under 4m 15sec per km pace (sub 7min miles) at my comfortable race effort so I figured that I should be able to run around 4m 20sec to 4m 30sec pace (approx. 7min miles). Although the effort felt comfortable over the first three or four kms, my right foot was swollen and completely numb and my right adductor muscle was really tight. I ignored the discomfort as much as possible and tried to curl my toes between strides to help increase the blood flow. This was something that I had never experienced before and I was a little worried. My foot eventually started to feel better and my adductor loosened up but my quads were really taking a pounding. Thankfully I had my Compressport quad sleeves on, otherwise it probably would have been much worse. Although I had stuck to my nutrition plan on the bike and used salt tabs and drank water, I was feeling the effects of dehydration since I had trouble retaining any of the water. It didn't help that I had forgotten to grab my salt tabs in T2 and was only able to take salt again at the halfway point when I got my special needs bag. I had to stop and pee three more times on the run and halfway through I actually started to feel sick and had to take an extended toilet break which took around three or four minutes. I felt better after that and was able to pick up my speed again for the next few kms but eventually the effects of the dehydration took over again and my body shut down. It was a real effort to keep going and the thought of dropping out crossed my mind a few times, but I refused to give in and told myself to just keep doing the best I could. Even with a relatively slow run (3h 34min), I was still able to finish the race in 9h 37min which really isn't too bad considering all the problems I was having. 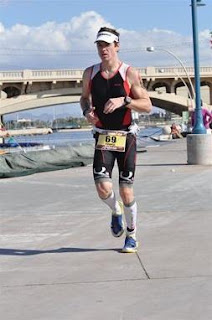 Although I'm definitely not satisfied with my result, it was a good learning experience and I'm happy I did the race. Competing at this level and distance is not easy and it can take some time to bring everything together and have a really good result. Racing in the Pro field at Ironman Arizona was a humbling experience. I intend to use everything that I learned in a positive fashion moving forward. I look forward to the 2012 race season. 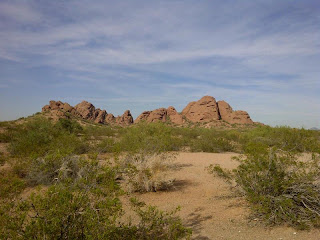 Special thanks to my sponsors who make this all possible. Compressport make some truly amazing compression gear that has really helped me recover faster than ever post-workout and also keeps me feeling as comfortable as possible during those long and hard runs and rides. Zoot Sports supplies me with awesome race and training shoes, a race kit and other training apparel which helps me stay comfortable and fast on my feet and in transition. I approached these companies for sponsorship because I really believe in the quality of their products and I'm really proud to be working with them. West Point Multisport and West Point Cycles take care of all my other needs and keep my bike working like it's brand new. It's been a pleasure working with them over the 2011 season. I'd also like to thank my coach, Bjoern Ossenbrink of Lifesport Coaching, for believing in me and helping me take my racing to the next level. Since I started working with him last year I've made some major improvements and learned a lot about what it takes to become a competitive athlete. Last but not least, thanks so much to my family and friends for the continued support since I started this amazing journey into the world of triathlon. It would not be the same without you.

Next post: Coaching - A New Direction
Posted by Andrew Powell at 16:38